StepRepeat.com carries a wide variety of products. For as many products as there are, there seems also to be as many names for them! For example, retractables are often referred to as pop-ups (not to be confused with Hop-Ups, which are a whole other thing.) Folks have even, in an effort to let us know they need a retractable banner, referred to them as "a kind of upside-down projector" which, let's be real, is not an altogether bad way to describe them!

So perhaps clarification is in order.

I'm here today to explain what's what on StepRepeat.com.

Traditionally, step repeat displays to come in two flavors. In the past, boards—generally 1/4" to 1/2" foam—were used. This is where the term 'Step Repeat Wall' comes from. After assembly you would have, for all intents and purposes, a wall of varialble length with art, branding, etc. We do still offer boards, but increasingly, clients who have utilized them in the past have graduated to Banner Systems. 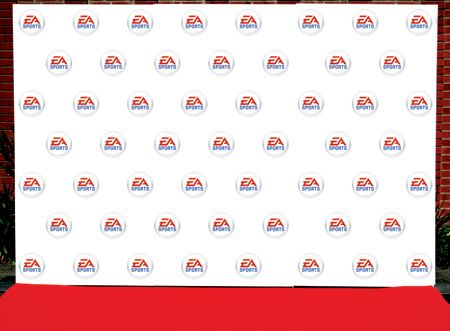 Our Quick Setup® and 5-Minute Setup® systems are either fabric or vinyl banners hung on stands very similar to the kind used for boards, but have numerous advantages, not the least of which is handling the banner itself. Boards are fragile, prone to dings and dents. Storing requires lots of space, as well. Banner systems are rolled on PVC, then stored in vinyl or canvas bags (head here to check out the canvas bags, and check out the previous blog post regarding them for more details) which also hold the stand components. In the case of 5-Minute Setup® systems, the baseplates fit right in there as well.

5-Minute Setup® systems are named for the ease with which they can be built. Generally taking just five minutes, these systems, which include our 5x8, and 8x8 systems, can be set up by a single person. Quick Setup® systems range in size from 10x8 all the way to 30x8, and take a bit more time, as well as a few extra hands to assemble.

Let's move on to pop-ups. I mean retractables!

Retractable banner systems—routinely referred to as pop-ups—are units which hold the banner internally on a tensioned spindle, which is itself inside an aluminum or plastic housing. They can be printed on either vinyl or fabric, and are in nearly every case, quite light weight. Portability is also a tremendous positive, as retractables can be taken just about anywhere. Check with your airline or shipping service before traveling with our 8x8 Retractable, though! 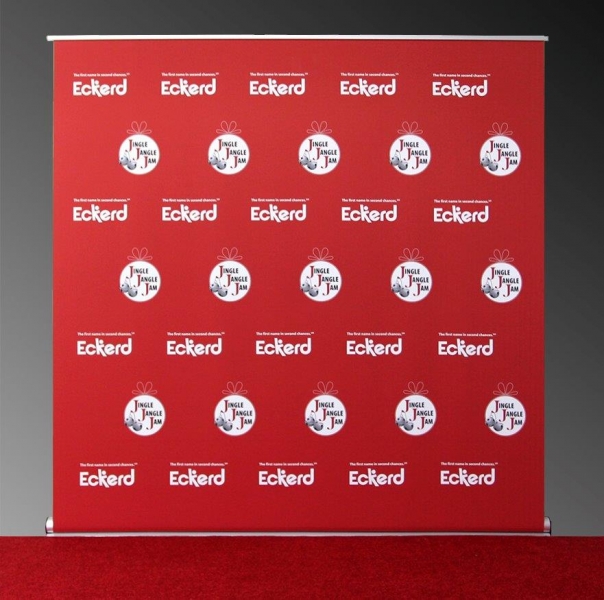 Even we're succeptible to name confusion. When folks do ask for 'pop-ups' we sometimes think they mean Hop-Ups (which, when they mean retractables, makes for a fun time!) Hop-Ups were discussed at length in earlier post which you should definitely read as well.

There are many options available on StepRepeat.com, all produced with a level of quality not found elsewhere, and we are always on hand to assist in helping you find the best display option, no matter what it's called.

More posts from author
Friday, 20 September 2019 Hop-Up Banners: An Event Option That Stands Out From The Crowd
Saturday, 04 May 2019 Choosing The Right Banner
Tuesday, 05 February 2019 Custom Poster Board Printing: Make Your Event Stand Out

Already Registered? Login Here
No comments made yet. Be the first to submit a comment
>
Premium "Blockout" Material

The Premium “Blockout” material prevents unwanted shadows from being cast through the back, which can ruin photos, and obscure branding.
Learn more
Seamless Banners

Banners, up to 24-feet long, are seamless, one-piece units which adhere to our stands simply, without sagging or wrinkling.

Our Professional pipe and base stands are designed to be quick and easy to set up. All of our stands come with a Lifetime Warranty!

* If approval is received before 3pm PST, Monday-Friday - Suggested for Rush orders only.
** Actual size on hop-up banner may vary. See product page for details.